George Michael, the singer/songwriter and member of the music duo Wham! (whose hits include Wake me Up Before You Go-Go and Last Christmas), was the last owner of John Lennon’s upright Steinway piano, where Lennon famously wrote the hit song Imagine. In the year 2000, George Michael paid £1.67 million for the historic piano, which is worth about $2.7 million! The piano incredibly still bears two burns from where John Lennon left a cigarette smoldering. 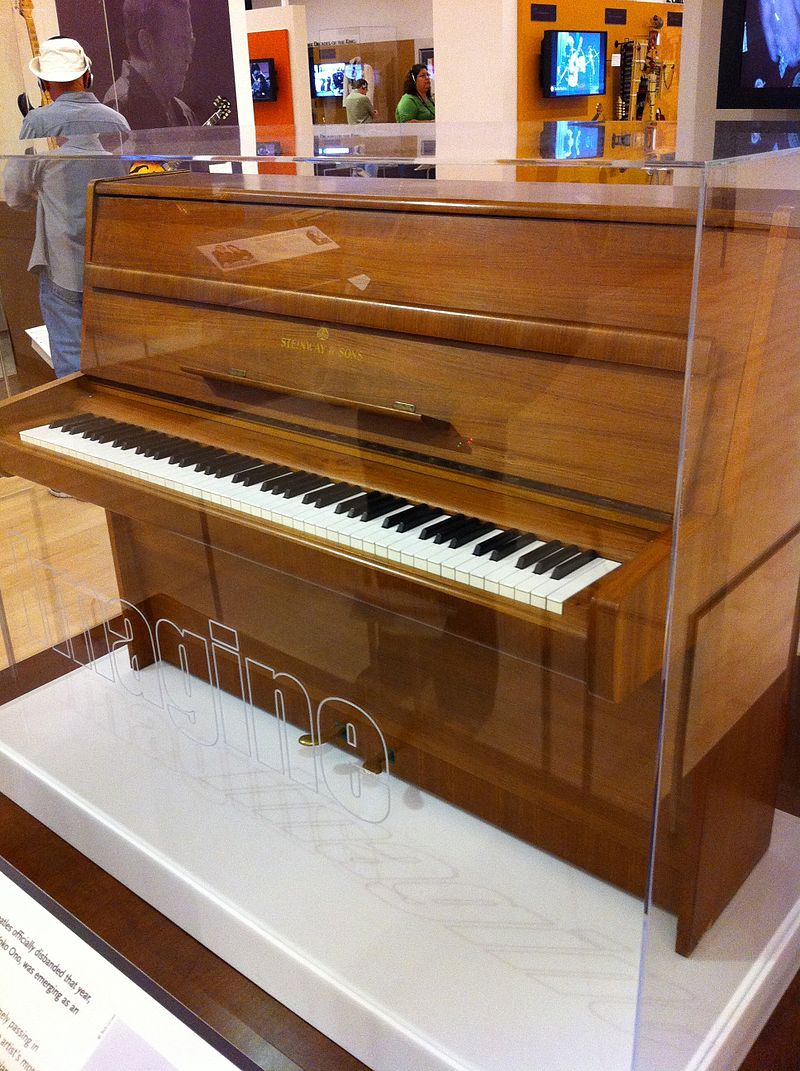 Built in Hamburg in 1970, the piano is a Steinway Model Z upright, bought by John Lennon from the manufacturer in December of that year and delivered to his Ascot Sound Studio. Film footage of John Lennon playing Imagine for the first time to Yoko Ono revealed it was the piano the artist used to compose the hit song.  In 1992 a private collector bought the piano and loaned it to the Beatles Story Museum in Liverpool, United Kingdom.

In a pop memorabilia auction in 2000, George Michael purchased the instrument so it would stay in the United Kingdom at the museum and wouldn’t end up in the private collection of a crazed Beatles fan in Japan or the United States. In an interview around the time of the purchase Michael said it was "worth every penny.”

"Having paid one and a half million pounds for it, I'd really like to play something on it and stick it on my next record," Michael added. "So as I'm recording right now I think I'll hold on to it for a couple of months and see if I can get it onto my new record and then it's going back to the museum in Liverpool where I think it rightly belongs. It's not the type of thing that should be in storage somewhere or being protected, it should be seen by people."

While George Michael did not end up recording on John Lennon's piano, he did compose the tribute song John and Elvis are Dead at the instrument.