Musician of the Month: Henryk Wieniawski

Henryk Wieniawski was born in Lublin, Poland on July 10, 1835. He is considered to be one of the greatest violinists in history and composed some of the most cherished works of the violin repertoire. 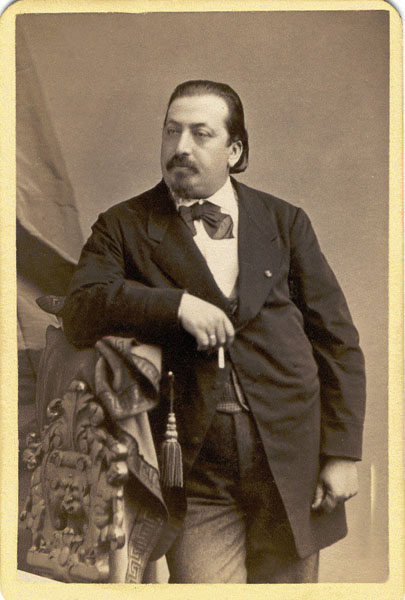 At a very young age, Wieniawski was immediately recognized as a violin prodigy. He was accepted into the Paris Conservatoire at the age of 9 and immediately after graduation went on tour performing violin recitals with his brother Józef Wieniawski accompanying him on the piano.

In 1860, Wieniawski wrote Légende, Op. 17 for violin and orchestra. This piece was instrumental in helping Wieniawski secure his engagement to Isabella Hampton, his future wife. At first, Isabella’s parents did not approve of her engagement to Wieniawski, but after they heard this composition in concert, they were so impressed that they offered their blessing and the couple were married later that year.

Wieniawski has many violin compositions that are very important to the instrument’s repertoire including Capriccio-Valse Op. 7, L’École moderne: 10 Études-caprices Op. 10, Scherzo-Tarantelle Op.16, and 2 Mazurkas caractéristiques, Obertass et Dudziarz for solo violin. He also has two violin concertos, the second of which is very popular and was premiered in 1862 with Wieniawski on the violin and Anton Rubinstein conducting the orchestra.

Wieniawski was also a great pedagogue. He taught many students in St. Petersburg from 1860 to 1872 and then later was the violin professor at the Conservatoire Royal de Bruxelles in 1875. He was so well known for his teaching, that what is commonly called the "Russian bow grip" is sometimes called the "Wieniawski bow grip", as Wieniawski taught his students his own kind of bowing technique that allowed them to play the "devil's staccato” — very long and fast passages with many short, separated notes on one bow.

Beyond his terrific violin compositions, Wieniawski’s legacy is also remember through The International Henryk Wieniawski Violin Competition that first took place in 1935 and since been held every five years since 1952.