Who was Ludwig von Köchel?

Have you ever wondered what the “K” stands for in the title of your piece by Wolfgang Amadeus Mozart (Ex: Piano Sonata No. 8 in A minor K. 310)? That “K” stands for the Köchel-Verzeichnis (or Köchel catalogue) which is the chronological catalogue of Mozart’s compositions created by Ludwig von Köchel.

Ludwig von Köchel’s full name was Ludwig Alois Friedrich Ritter von Köchel (1800 – 1877) and he was an Austrian musicologist who is best known for publishing this chronological list of Mozart’s works. The first edition was published in 1862 and it was the first attempt by anyone to create a register at such a large and detailed scale. 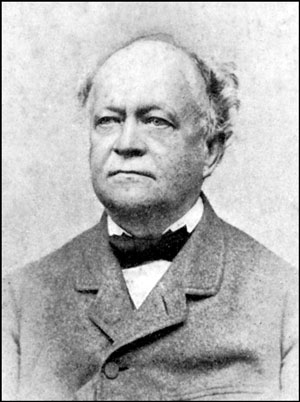 The original 1862 publication of the Köchel catalogue was 551 pages long and was titled Chronologisch-thematisches Verzeichnis sämmtlicher Tonwerke W. A. Mozarts (Chronological-thematic Catalogue of the Complete Musical Works of W. A. Mozart).

The catalogue begins with the pieces that Mozart wrote as a 5-year old boy, listed as K. 1a through K. 2, and ends with the last piece Mozart wrote, the Requiem in D minor, as K. 626. Thanks to Köchel, every piece in between is carefully catalogued so we know exactly in which order Mozart wrote his compositions.

In addition to the 626 works, there are also 5 appendixes to the catalogue called Anhang (meaning supplement in German) that are abbreviated as Anh. I - V. These appendixes categorize the following Mozart compositions: I. Lost authentic works, II. Compositional Fragments, III. Works by Mozart transcribed by others, IV. Doubtful works, and V. Misattributed works.

Since the original 1862 publication, more pieces written by Mozart were discovered and research also revealed the correct chronological order of a few as well. This has required 3 revised editions of the catalogue made by Paula von Waldersee (1905) Alfred Einstein (1937) and Franz Giegling, Gerd Sievers, and Alexander Weinmann (1964).